Hamish, a Senior Analyst here at Stats, is a great example of the opportunities at Stats NZ beyond the 9 – 5 working life.

He has recently returned from Bangkok where he represented Stats NZ at the Asia Pacific Economic Statistics week. Presenting two papers and joining the steering group for the Regional Programme on Economic Statistics (SGRPES). These are organised under the UN Economic and Social Commission for Asia and the Pacific (UN ESCAP).

The Regional Programme on Economic Statistics, which provides the framework for the development of economic statistics in Asia and the Pacific, with increased regional funding and reiterated commitment from member States. Since the endorsement of the Regional Programme, senior economic statisticians of the region and international organizations have been convening in annual Steering Group meetings to discuss strategic management of the Programme.

Stats NZ has contributed to this forum for some time including helping set up the regional program.  At the Economic Statistics Week, there are representatives from many countries including some of the least developed countries (LDC).  NZ has a relatively advanced statistical system and is able to provide advice to help countries overcome many challenges they face.  Hamish has been fortunate enough to build on his experience and capability in economic statistics at Stats NZ and is able to utilise that to help other countries. 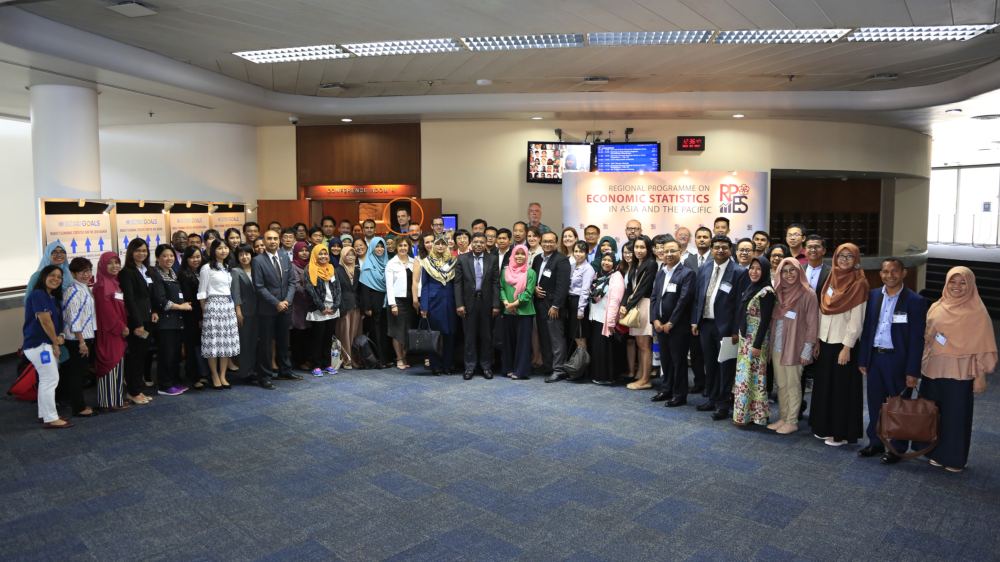 Introducing Sue Chapman – Sue has been with Stats NZ for nearly 15 years, progressing within the business from a Survey Statistician (now known as Statistical Analyst), to a Statistical Analyst – Level Two to Manager. Below she gives us some insights into her current role of Manager – Statistical Services:

I started as a new grad working on the Annual Enterprise Survey (AES). My first task was manually entering data into our processing system, at this stage, we had 20,000 forms to manually capture – we’ve come a long way since then! I spent around 9 years in this team, during this time I moved through a number of roles, building up my leadership experience. In 2006, I took some time off as I had my first child and upon my return, I was given the project leader for the 2008 AES year. Following this, I went on to have my second child and returned to lead the AES 2011 year.

During this second stint at the project leader role, I took an opportunity to move to a new team. The new team was working on developing a new processing system for our economic surveys. This was a completely new challenge for me that took me away from the numbers and more into development. My role was to work with subject matter areas to implement their survey into the processing system. We worked as a cross-disciplinary team, so I was alongside developers, testers and business analysts.  This was an awesome challenge and I learned a lot on the way and had a very supportive and fun team.

From here, I moved into supporting the new processing system and troubleshooting. There was a lot of interesting work along the way. One opportunity that arose was to become an acting manager. This provided me with the opportunity to try the manager role, in a team and environment I was familiar with. I learned a number of new skills over the year and went onto successfully apply for a permanent manager role. I am now manager of our Sub-Annual Financial Indicators team. We produce a series of quarterly economic outputs, such as Retail Trade survey, Wholesale trade and Manufacturing survey. This new role is an exciting fast paced role, with at least 24 releases a year. I work with a great bunch of people, and there’s always something new happening.

My roles within Stats NZ have been varied, there’s always the opportunity to move around and learn more about the business, and wherever you go you get to work with some awesome people, who are passionate about what they do.

We look for the following when we  recruit Statistical Services Managers

The core of this role is to lead a team to produce a range of statistical and/or data outputs to customers, stakeholders and the wider organisation. Useful skills/experience include: 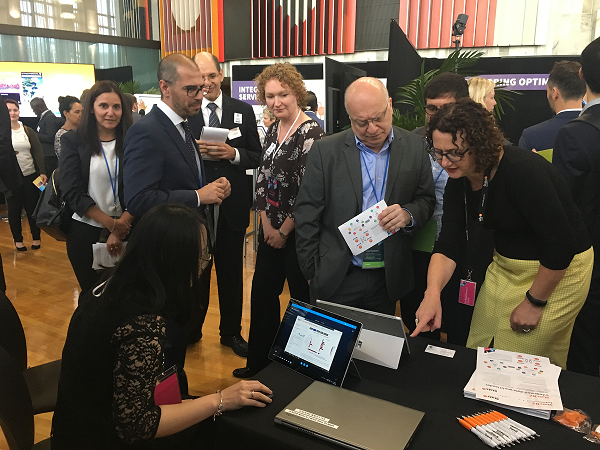 Government Statistician Liz MacPherson (right) shows a delegation from Uruguay what can be done with integrated data.

What do virtual reality, artificial intelligence, and integrated data have in common?

They all featured at the D5 Digital Government Showcase on 21 February 2018, an exhibition of the best digital innovations in NZ government at a gathering of the world’s seven most digitally progressive nations.

Being asked to attend an event alongside 3D holograms was a testament to the international interest, excitement, and value people see in integrated data.

The D5 is a group of the world’s most advanced digital nations: Estonia, Israel, South Korea, New Zealand, and the United Kingdom. New Zealand is currently the chair and hosted the summit that included a range of events.

Government Statistician Liz MacPherson was part of a panel discussion, Big Data for predictive outcomes – informing and targeting policy and resource allocation, at Digital Nations 2030which was held in Auckland on 19–20 February 2018.

At the Digital Government Showcase, Stats NZ showcased the Integrated Data Infrastructure (IDI) and the Longitudinal Business Database (LBD), focusing on how it is made possible by world leading digital technology and collaboration with our partner agencies, and how it can improve New Zealanders’ lives.

The Minister of Statistics James Shaw chaired the D5 session on emerging issues in digital trade at the Ministerial Summit on 21–22 February 2018.

These events are excellent opportunities to show how Stats NZ is unleashing the power of data to change lives.

Learn more about Integrated Data and working for us here.

Hello and welcome to the first Stats NZ blog post!

I’m Kate, HR Coordinator (and aspiring blogger). I’m kicking off this new initiative, designed to give insight into the Stats NZ environment, who we are, how we do things around here, and what it’s really like to work at Stats. It may come as a surprise, but it’s not all numbers and maths. We do some pretty cool things here and we work with an awesome bunch of people. Take me for example, I am flat-out terrible at maths and here I am living it up. You don’t need to be all percentages and figures to add value to Stats.

We’ll be featuring bloggers from all areas, with different roles within Stats, who will provide the low-down on what they do in a day and all the happenings in the Stats world. These blogs will be posted here on our recruitment page.

Until then, have a great summer break and we look forward to sharing more with you in 2018.